It’s the 1200’s in Ilari, a small mythical realm somewhere between Europe and Asia. Peace and prosperity have reigned for generations. That doesn’t mean every citizen is happy, however.

In the outer nichna of Vinx lives an intellectual farmer, his ambitious wife, and their seven troublesome daughters. Ilari has no idea how lucky it is to have this family of misfits, for the Mongols are making their way further westward every winter and Ilari is a plum ripe for picking.  These seven sisters are about to devise a unique way to save the realm.

She’s the One Who Thinks Too Much 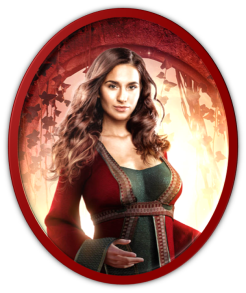 Ryalgar,  a spinster farm girl and the oldest of the seven sisters, has always preferred her studies to flirtation. Yet even she finally meets her prince. Or so she thinks. She’s devastated to discover he’s already betrothed and was only looking for a little fun. Embarrassed, she flees her family’s farm to join the Velka, the mysterious women of the forest known for their magical powers and for living apart from men.

As a Velka, she develops her own special brand of telekinesis and learns she has a talent for analyzing and organizing information. Both are going to come in handy.
This prince has kept meeting her at the forest’s edge for more good times, and now that she’s away from her family, she’s thinking maybe being his mistress isn’t such a bad deal after all. Then she learns more about his princely assignment.

He’s tasked with training the army of Ilari to repel the feared Mongol horseman who’ve been moving westward, killing all in their path. And, her prince is willing to sacrifice the outer farmlands where she grew up to these invaders, if he has to. Ryalgar isn’t about to let that happen.

She’s got the Velka behind her, as well as a multitude of university intellectuals, a family of tough farmers, and six sisters each with her own unique personality and talents.

Can Ryalgar organize all that into a resistance that will stop the Mongols? She thinks she can.

She’s the One Who Cares Too Much

Coral, the second of the sisters, has been hiding her affair with the perfect man until her older sister can get her life together. But the perfect man is getting impatient and now she’s gotten pregnant. Coral decides it’s time to consider her own happiness.

But what does she want? The perfect husband turns out to be less than ideal. She adores the small children she teaches but the idea of being a mother fills her with joy. Meanwhile, her homeland is gripped by fear of a Mongol invasion and she can’t stop crying about everything now that she’s with child.

Then a friend suggests the ever-caring Coral possesses a power well beyond what she or anyone else imagines. Does she? And why is the idea so appealing?

When Coral’s big sister loses faith in the army and decides to craft a way to use magic to save Ilari from the Mongols, she decides Coral’s formidable talent is what the realm needs. Can Coral raise a baby, placate an absent military husband who thinks he’s stopping the invasion, and help her sister save her homeland?

It makes no sense, but somewhere, deep in her heart, she’s certain she can.

She’s the One Who Cares Too Much will be available on Amazon in paperback and for Kindle in February 2021.

She’s the One Who Gets in Fights

Sulphur, the third of seven sisters, is glad the older two have been slow to wed. It’s given her the freedom to train as a fighter, in hopes of fulfilling her lifelong dream of joining Ilari’s army. Then, within a matter of days, both sisters announce plans and now Sulphur is expected to find a man to marry.

Is it Sulphur’s good fortune her homeland is gripped by fear of a pending Mongol invasion? And the army is going door to door encouraging recruits? Sulphur thinks it is. But once she’s forced to kill in a small skirmish, she’s ready to rethink her career decision.

Too bad it’s too late. The invasion is coming, and Ilari needs every good soldier it has.

Once Sulphur learns Ilari’s army has made the strategic decision to not defend certain parts of the realm, including the one where her family lives, she has to re-evaluate her loyalty. Is it with the military she’s always admired? Or is it with her sisters, who are hatching a plan to defend their homeland with magic?

Everywhere she turns, someone is counting on her to fight for what’s right. But what is?

What about the other sisters?

More information about the adventures of the remaining four sisters will be coming soon. 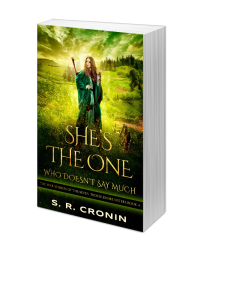